Do LED Lights Get Hot? September 11, 2018 – Posted in: Lighting Information 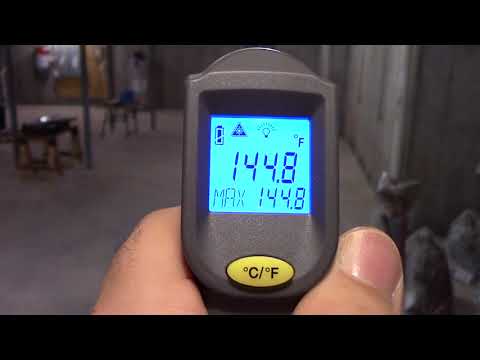 There is a lot of people who swear by LED bulbs. Customers have sung praises of LED lighting and have greatly denounced the use of halogen and incandescent lights and encourage those who haven’t to make the switch. LEDs have proven to be both budget and environment-friendly.

However, like any other type of hype, a lot of misconceptions are also likely to follow. When it comes to LED its best to learn everything about the lighting before you make the switch. Most people ask whether or no LED bulbs get hot. The answer to this question is both yes and no.

So, Do They Get Hot or Not?

To understand the full extent of this question you need first to know how LEDs emit heat. One of the most popular misconceptions is that LED bulbs don’t produce heat, in which case this would be physically impossible.

Heat is created in LED lights when the crystal parts of the diode are affected by minor deformities. Since no all the electricity going into the diode is turn into lights, some of it becomes exhumed as heat.

You may notice that the lamp is cool when you touch it, but the heat is usually accumulated on the inside, and that’s why most people think that LED bulbs don’t get hot. Slight implications in the diode’s crystal structure are the primary reason why LEDs produce heat.

There is also a high reflectivity inside the bulb due to the nature of the diode’s materials which further contribute to heat emission. LEDs that are used in the manufacturing process, the highly efficient ones can easily convert about 80% of electricity going in, meaning that the 80% is converted to light.

The diode then emits the light, but as we explained, some of it is converted to heat. The diode then re-assimilates the leftover heat. Which is primarily the reason why LEDs emit heat. So, do they get hot? Yes!

For the light emission and assimilation of energy to be more efficient, the quality of the diodes and components used need to be better as well. So before you make the switch, make sure that you look for a brand that uses quality build materials only.

You also need to consider that heat production is also a form of light absorption. When you light a grow lamp, you may have noticed that the plant or objects near it also tend to be hot, because they absorb the heat being emitted by the light.

According to the law of conversation and energy, energy essentially changes its form but isn’t lost, so the light being emitted is either transferred into energy or turned into heat. Traditional lights produce heat through IR (Infrared Radiation) which tend to heat the bulb around it which makes the bulb too hot to touch. LEDs don’t generate heat through IR which means that they don’t heat the bulb around them.

This is the reason why LEDs are used in stores, restaurants, and homes. They last longer since they produce less heat. This also makes them cost-effective and safer than halogen and incandescent lights.

You can also place LED lamps near plants because they generate less IR and therefore very little heat gets to the plants. LEDs also use fewer watts which also means that less heat is generated. You should also consider how you position the bulb.

If you position the LED bulb straight up or straight down, it will generally run cooler than when placed sideways. It more effective because the hot conversion air tends to flow past the bulb length.

If you place the bulb sideways, you need to make sure that you consider the operating temperatures are within normal ranges. The fact that LED lights don’t emit so much heat compared to traditional lights makes them more energy efficient.

They also draw to draw less power compared to halogen, incandescent, and fluorescent lights. 36-watt LED can give the same light as an 84-watt fluorescent. This is why LED is preferred in greenhouses because the lesser the energy used, demand from power plants is reduced and the greenhouse gas emissions are decreased.

LED lights produce heat, but the heat generated is so small, almost immeasurable that you may not even detect it and you most certainly experience any discomfort from it. Even though the bulb doesn’t get hot, the heat sink will get hot.

The heat sink is designed to draw the heat out of the light and then transfer it into the air which is why the heatsink is the hottest part of the bulb because it makes sure that the supply of power is cool.

Therefore, the amount of heat produced by LED bulbs is held internally which is why even when you touch it, it remains cool. Other types of bulbs emit heat and loses a great deal of power to heat. LED, compared to other lights, are approximately 20% cooler compared to other bulbs. Halogen and incandescent lights give off heat in high amounts which ups the risks of burns, fires, and other issues. LED lights, on the other hand, dissipate heat.

LED are obviously, in this context, better than other types of light because they don’t get hot in any dangerous sense. However, it is always wise to handle the bulbs with caution just to make sure that there is optimal safety from fire hazards, electrocution, burns and more. Since they are energy efficient, you should also consider making a switch if you haven’t done that yet.