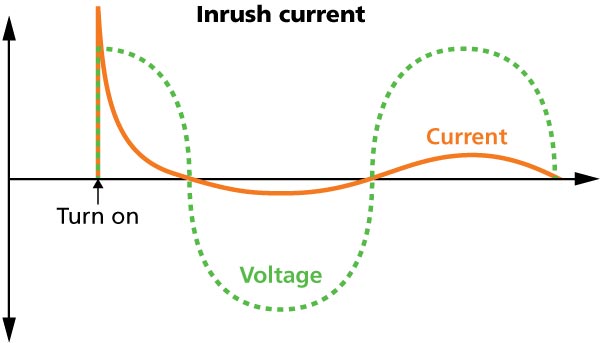 Retrofit LED lights are sold in a variety of designs but they usually come in two distinct versions: dimmable and non-dimmable, and you may need a brief description of each type when selecting LED lamps for your space. The mood and visual appearance of your space can be altered simply by dimming LED lights and introducing different shades of color to blend in with the light.

Dimmed lights mean a reduction in energy consumption and the best part is that you can use dimmable LED lamps within a non-dimmable circuit. It should be noted that non-dimmable lamps are not designed to work in a dimmable circuit as both lamp and circuit may get damaged. Users should have an easy time selecting a lamp and matching circuit because the lamps are clearly marked as dimmable or non-dimmable.

A Small Explanation Of Dimmers

Typical dimmers reduce the RMS voltage heading to a light to dim it; this can be done by simple resistors or by chopping the top part of the waveform. So a dimmable LED light fixtures must have the ability to}:

• Deal with a wide range of source voltage including part-formed sine waves, which is not easy for the control logic.

• Detect from the source voltage the light level that an individual wants, and then give that light level.

It could be better if a dimmer switch case could send an electronic signal (radio, or over the main wiring) to the lamp fixture, so that the lamp could really know what was required without reverse engineering the voltage back again to the user’s needs. However this would mean that a new standard be employed by all switch and lamp vendors, so it might take just a little time.

CFL/LED dimmers reduce power by turning the power on, and then off for a set period of time (i.e. “on for ten ms, off for five ms”; as opposed to TRIAC dimmers’ which will be “on for as long as the phase is not x degrees or close to the peak power”). This still lowers RMS power over the whole waveform, but it does this in a way that LEDs and CFLs respond to much more readily.

Comparing New with the Old 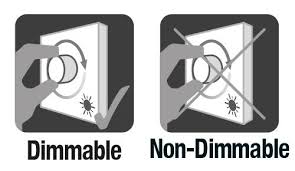 Modern dimmers are made to work in high-power circuits and have a mechanism that allows them to dim light from a traditional filament by altering the voltage: but LED lamps have a different functionality. They operate in much lower voltages and are fairly composite. Each LED bulb contains a rather complex in-built circuitry (or a driver) that converts high-voltage AC input current to low-voltage DC current to power the device.

Most LED light bulbs on the marketplace are actually dimmable. If you are using a CFL/LED dimmer.

Your “standard” dial or monitor dimmer is either just a potentiometer or Rheostat that reduces voltage through a certain amount of resistance, or a somewhat better design called a TRIAC dimmer, which runs on a specialised transistor design to attenuate the line voltage by turning the line on / off based on where the} AC is in its “phase” or rhythm”.

The LED industry doesn’t refer to the same blueprint for the circuitry design and as a result, driver specifications vary across different brands and models. Dimmers installed in homes and offices today are of different specifications (for instance electronic, training-edge, leading-edge and resistive); therefore when installing new types of LED lamps there’s usually a matching of old and new technology.

The circuitry inside dimmable lamps tends to be universally compatible with a wide range of dimmers but there are a few notable conflicts. For instance, LED lamps work more efficiently when plugged to trailing-edge dimmers than they do when used with leading-edge dimmers. There’s also concern about compatibility based on the minimum load which may be too high for LED lamps in some cases.

A 60W filament lamp may use a dimmer with a load limit of 25W but installing an LED lamp with a power rating of less than 10W makes the two distinct lamps incompatible due to the difference in power consumption. A dedicated LED dimmer will normally have a very low minimum power rating.

As for the dimming experience, the quality of the dimmed light is determined by the functioning capacity of the driver and whether or not this inner chip is compatible with the dimming circuit. Because of the varying types of lamps and dimmers, it is not likely that any particular type of LED lamp could work in all dimming environments.

Filament lamps have a higher dimming range when compared to LED, and a few observable functionality issues may occur when a dimmer is connected to the wrong LED lamp. Here are several telling signs that your dimmer may not have been designed to work with your LED lamp:

· Flickering-this may occur in the case of non-dimmable lamps.

· Irregular lighting-when powering the lamp, light output may not transition linearly from bright to dim.

· Failure-the driver, circuit or lamp is damaged or fails.

· Dead-travel-when adjusting the dimmer, there should be an immediate and obvious change in light output. However, in the case of dead-travel, no observable change in output is recorded.

· Below minimum load- This happens when the LED’s lamps power load is below the minimum needed by the dimmer.

· Mixed models- Different LED models will very likely have varying drivers – since drivers behave in a different manner this could lead to dimming issues.

How to prevent dimming failures.

· Schedule regular upgrades for your dimming circuitry and ensure to install good dimmers made specifically for LED.

· When purchasing dimmable LEDs for your circuitry, take time ti verify compatibility with your circuitry-this will prevent instances of failure or poor lighting.

· If you rarely use your dimming circuitry, have it changed to non-dimming.

· To change transformers used with 12V MR 16 lamps, switch the lamp holder (however this should be done by a qualified electrician) and start using 240V Gu10 lamps.

· When purchasing LED lamps and accompanying fitting for your space, consider going for the same brand or model as this will ensure that all lamps have the same driver.

It is recommended that users buy spares occasionally, as LED technology is constantly evolving, however before making significant adjustments to the circuitry or other complicated task, always consult with a qualified electrician.

What makes the lamp fixture (chandelier) itself be labeled “Dimmable: No”? I am replacing a dimmable fixture with a dimmer switch pre-existig but many of the chandeliers that I am considering are labeled “dimmable: no”. Can I safe use them on a dimmer with dimmable lamps?

Reply to ArticlePlease do not use offensive vocabulary.

Bought by Andrew from Johnson Creek Wisconsin, United States (US)
Total order for $169.99

Bought by william from boothwyn Pennsylvania, United States (US)
Total order for $285.00