Contact one of our industrial lighting experts to save money on your energy bill!

Email Us
Call Us

When people think about modern lighting, they don’t think about warehouse lights. The modern aspect is the new emerging technology coming out each year to make warehouses run more efficiently. For example, new LED chips are able to reach 170 lumens per watt for high bay UFO lights . This means you can put less lights per square foot and use less energy at the end of the month. Most of our industrial lights are DLC listed so you can take advantage of the massive rebates you get from going green, and our UL/ETL listings ensure your product is safe. 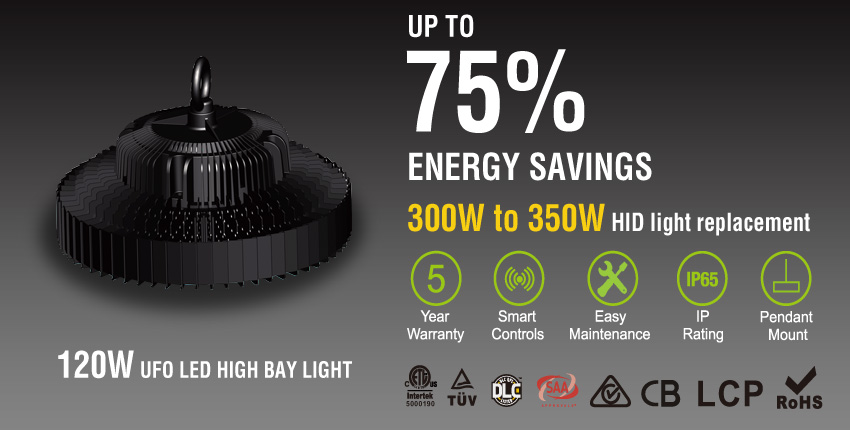 Easy to install, and easy to control lights with smart technology and waterproofing.

Most smaller warehouses use fluorescent bulb fixtures, which are highly inefficient and tend to develop dead spots after as few as one year. This is due to the gases inside the bulb being unevenly split. With LED tube replacements, you not only lose the dim spot issue, you also double your bulb lifetime and decrease your energy use. With LED you get to use lower voltage ballasts which cost less and generally more reliable.

This is probably the fastest growing design for warehouse lighting applications due to it’s incredibly low profile design and big lumen output. These fixtures are perfect for any high ceiling area since the wires can be adjusted. The maintenance and installation of these lights is very easy and replacing a module takes all of 30 seconds – which is perfect for a busy storage area. Pricing for this lighting is extremely competitive, especially to the UFO lights. 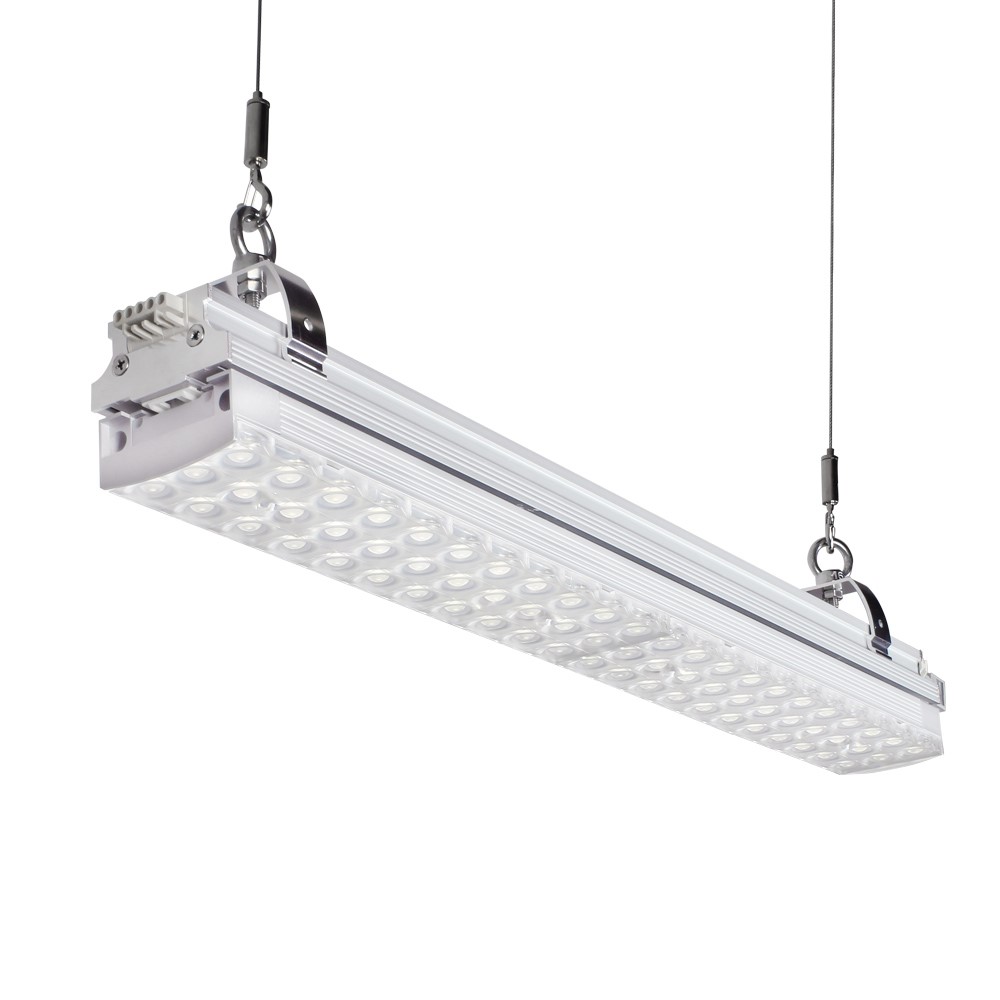 The lights used in large spaces such as warehouses, hangars, industrial buildings and stadiums are often high bay HID lights, more specifically metal halide based fixtures. These fixtures are highly inefficient by today’s standards and should be replaced as soon as possible as rebates are at an all time high. Metal halide fixtures also require the power source (Ballast) to be close to the light source which makes installing them a much harder task. HID’s also have a lifetime of just 21,000 hours unlike LED light sources that last up to 80,000 hours on average. Although the upfront cost of LED fixtures might seem higher, the energy savings tend to pay back the investment in a relatively short amount of time. On top of that, LED fixtures typically have longer warranties and better reliability – saving you on electrician costs.

Automating Warehouse Lights To Save Energy

Although your warehouse may operate around the clock, some parts of the warehouse may not be used during certain hours. Since LED lights are practically instant and don’t require “warm up” like many older warehouse lights, you have a lot more control when using LED lighting systems. Some popular methods implemented in modern warehouse operations are: